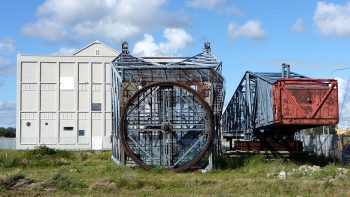 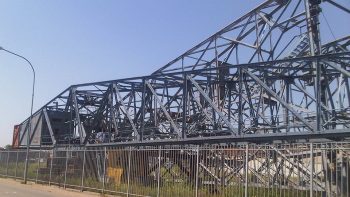 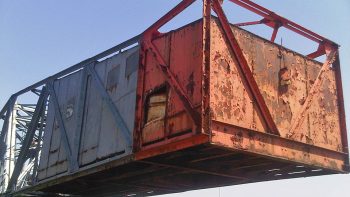 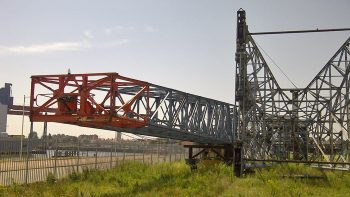 MIT has been commissioned by the Municipality of Vlissingen to prepare a plan for the renovation and re-erection of Tower Crane 528-01 of the Schelde Shipyard, now better known as The Schelde Crane.

This crane has been in use since 1950 by the Schelde Shipyard but from the early 90s the crane is no longer in use. As reference to the past it remained on the former Schelde ground. In 2007 the crane had been partially dismantled and placed into two parts lying against his last active location on the Koningsweg in Vlissingen. Because of environmental hazard, particularly falling rust parts, it was impossible to leave the crane longer in standing position. Ever since the proposed plans for renovation have not been implemented.

With our growing expertise in tower cranes MIT has contacted the City of Vlissingen. After several meetings MIT has been asked to make a renovation plan with overview of costs.

After this the plan was detailed, calculated and offered to the City of Vlissingen.